There is no Need to Hurry

I have never seen such a big tortoise in my life and I am super fascinated by these enormous creatures. These tortoise can weigh up to 300kg and can grow up to length of 1.3 meters. What is interesting about this phenomenon of excessive growth is because of factors such as relaxed predation pressure and competitive release. I would say that this is one of the evidence in nature that proves the growth, power and strength that one can gain in a relaxed composure. It is not hurried and yet nature accomplishes all. This tortoise is also one of the longest-lived vertebrates and a captive tortoise can live at least 170 years, sometimes I wonder if it is due to their uncomplicated lives and their nap of up to 16 hours.

It is interesting to see that when they are being fed, they move slowly and unhurriedly towards their meals, not being afraid that someone else might take it away before they can reach their food. They don’t doubt and they trust in the nature of things. If someone really took their food, they just change course and walk the other way. Their decision is always in the moment and is always based on the reality of things, no matter how slow they can be.

There is a strange phenomenon in life and in existence. The more you think you know, the lesser you know. The more you rush in life, the slower you go and if you hurry your whole life, you would have missed the whole point because you have forgotten to savor each moment and at the end of it all—there is only emptiness.

“Nature does not hurry, yet everything is accomplished.”

It is so strange that we don’t know when we picked up the idea of hurrying, of moving on a faster pace to accomplish goals, to perform faster, to make more money when we are alive. This behavior originates in the myth that we are told,”we have no time to lose.” The idea is that time is a commodity, it is something that can be lost; it is something tangible and you have to use it, hopefully wisely. If you do not ponder about the origins of time, you would act out unconsciously and the seed of the idea will be passed down to your children and to the next generation as everyone continues to strive faster and faster, not knowing what they are doing. Time is a man-made concept, it is not natural. It is useful as a tool but it doesn’t exist in reality. First of all, we don’t have the same time frame of existential life. We cannot predict the time of our death, it can happen anytime to anybody, so the concept of twenty-four hours a day is different to you as it is to me depending on how long we will each live on the planet. Imagine that you are the first human to walk the earth, you came across a bird and you asked it what time it is? It would have thought that you are foolish,”what do you mean what time is it? The only time that ever will be is now!” Nature has no concept of past and future, it lives for today. The problem is we are so attached to our minds and the mind can only function through the concept of time. It can only deduce its logic if there is a past and a future. The mind dies in the moment that is now. It cannot think in the present moment because there is no need to. It needs something to latch on to and the concept of time is the perfect tool it needs. If you detach from your mind and just look at what everyone is doing and the pace that they move, always rushing for something and to do something, you will realize the insanity of it all—moving for the sake of moving; functioning based on behaviors of the past, always searching for something in the future. In a way this is not reality, it is living in the head and the only person there living in your head is you, you are all alone in this world that you have created in your mind.

Once we understand that time is an illusion, we can move on to look at the real world. Does rushing and hurrying accomplishes anything? It is not coincidental that people living in cities tend to move faster and are more impatient than those living a simple life in villages. There are always goals to reach and things to acquire for a city-dweller, it is part of livelihood and those are the requirements to make money for sustenance. In a city where everything is acquirable, it is only a matter of currency to simply buy anything one ever needs, as a result everyone ends up fighting for this one thing that can purchase all and ensures comfort and sustenance. When there is only one goal and everyone is fighting for it, a restless spirit is guaranteed. On the contrary, rural villages don’t have the luxury of having access to everything and most of the sustenance and needs come from the land itself. There is no need for so much money if your life is being provided for by the abundance of nature and if you are lost and stranded on an island with no shopping, the money is just paper.

To be relaxed is to be human.

From the city where I live in, there is an interesting observation. We take safety seriously and it is of paramount importance especially where road safety is concerned so there are tons of traffic lights installed at every junction (less the expressway) and speed traps installed all over the country. This doesn’t stop people wanting to be fast or rather feeling the act of being fast. It can be pretty hilarious to see someone floor his pedal and race recklessly just so they can stop like two minutes later at the next junction. People are restless, they feel that time is of essence and there is no time to waste but no matter how fast they think they are, they are still stopped by the traffic lights and a slow driver can easily catch up in the same amount of time. It is all in the feeling, it might feel fast in someone’s head but the reality is he is not much faster than the slowest driver. It is like trying to climb the corporate ladder as fast as you could, hoping for the light of success at the end of the ladder, only to find out that you have climbed the wrong ladder and all those moments are wasted. This feeling that I am talking about is not only limited to feeling fast and efficient, it is also about not losing to the next person. In my city we even have a term for it called “Kiasu” which is a direct translation from a dialect and it means “afraid to lose”. This term is known throughout all the locals in the country irregardless of race and religion. Isn’t it fascinating that we are so engrossed in a term like that we are even proud to call it our culture. It is inevitable that if we call being afraid to lose as a virtue—hectic, restless pace is sure to follow as we try to walk faster and achieve more than anyone in the world. It is not only happening in my city, it is happening in most cities especially those with limited resources and those that think they have something to lose. The collective consciousness of society is just that, competing and being afraid to lose. What is there really to lose? If you think not as a part of the herd mentality but as an individual, you will realized that you really gained nothing materially speaking because you came with nothing and you will lose nothing if you have never really gain anything in the first place. What belongs to the world stays with the world, we are just loaning everything as a passer-by in life.

I have discovered in my experience that rushing through things eventually yield negative returns. There is a natural rhythm in nature that will always control the flow. In economics there is a term call the law of diminishing returns which explains this phenomenon. In fact, a condition known as negative returns in more common in the world. Imagine you are trying to grow a crop of field, how would it help if you rush the growth process of the crops by pouring water and fertilizers as much or as fast as you could? It just wouldn’t grow the next day. There is always an art of subtlety, where everything is given in moderate precision to ensure maximum growth and results. To even find out how much this moderate precision is takes time and the process cannot be rushed. Be grounded and let nature take its course and slow down, that is the only way where truth and the purpose of your life can unfold. There is no need to hurry, to be relaxed is to be human. 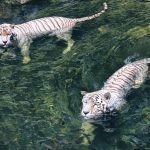 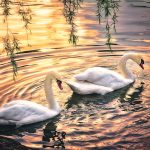